Smile For The Camera? 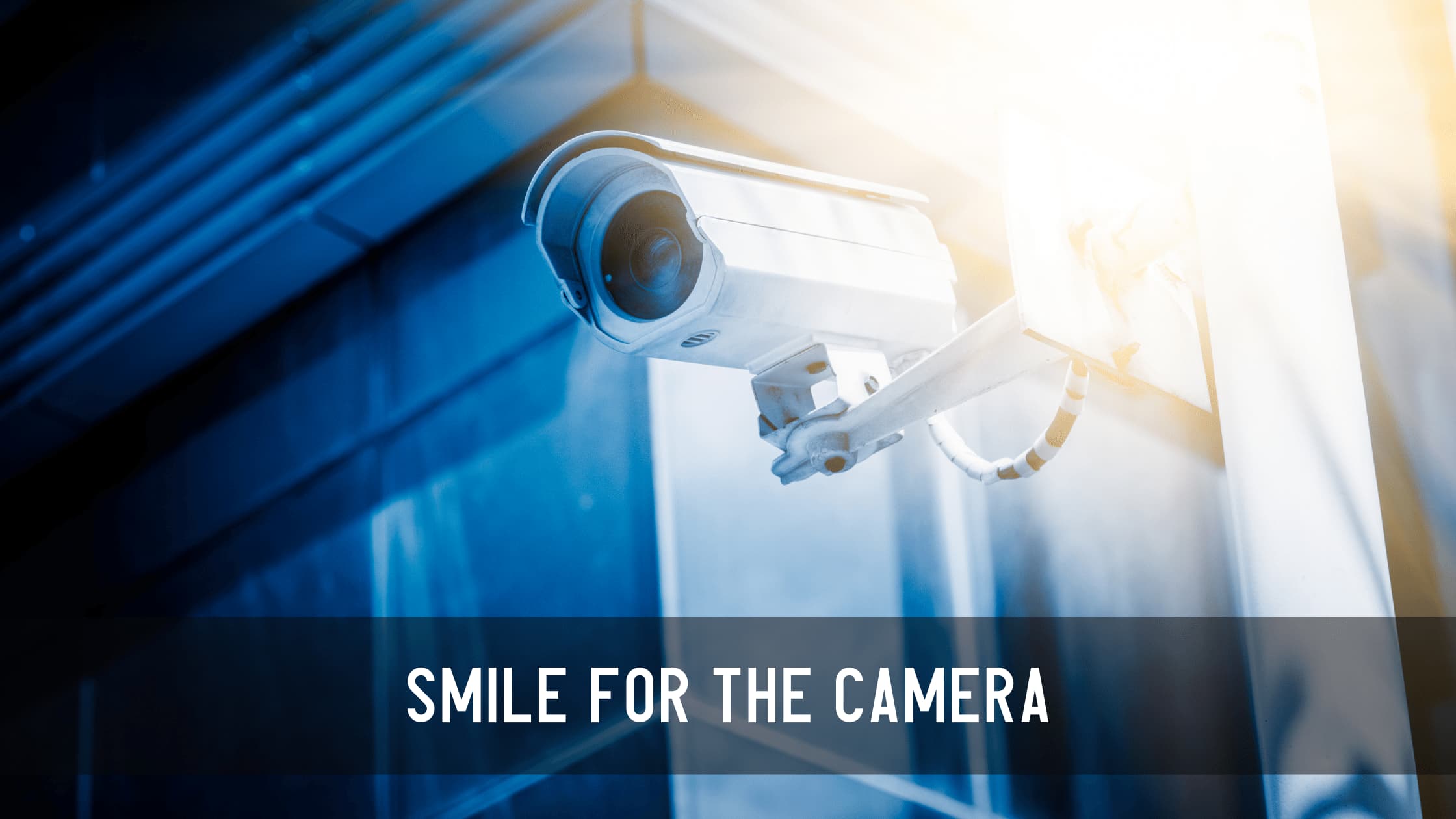 Last week I talked about your focus. Don’t lose it! Today, I want you to think about what’s focused on you: cameras. Almost everywhere.

I travel to New York City a lot, where the transportation authority recently announced that they have thousands of cameras throughout the subway system. They say the cameras helped the number of major felonies on the system go down and the number of arrests go up.

One study shows that New York has one of the highest concentrations of surveillance cameras of several major cities around the world. Estimates of the number of surveillance cameras in use don’t even include police body cameras, or cameras people have attached to their doorbells and other parts of their home. Plus, almost everyone with a cell phone has a camera that may be recording you at any time!

How do you feel about the fact that you may be on camera from the minute you step outside?

Some people are very concerned about surveillance camera systems run by governments and businesses. These systems may not be as good at deterring crime as they are at punishing perpetrators after the fact, and it can cost a lot of money to buy, install, and maintain some of them. On top of that, camera surveillance systems may be used in ways that violate human rights.

I think governments and businesses can get more for their money by hiring more security guards. Someone with crime on their mind is less likely to try it when they see a well-trained guard nearby. A security professional is more visible than most cameras, and can quickly respond to keep a bad situation from happening. Plus, many security guards live in the region where they work. So when governments and businesses hire a guard, they’re putting money into the hands of a local person who will spend it locally.

I think cameras can be an important part of a smart security system, and you will definitely see more of them. That means you will have to think about maintaining your privacy since you won’t know who may be watching. However, the situation may not be all bad. Some people have found pictures of dearly departed loved ones on Google Maps.

If you are a security professional with less than 3 years of experience, and you want to be at the top of your game when you’re on camera—or the cameras fail—check out my book Rent-A-Cop Reboot. It’s an entertaining read filled with the kind of information and real-life stories I wish I’d had when I started in the business.