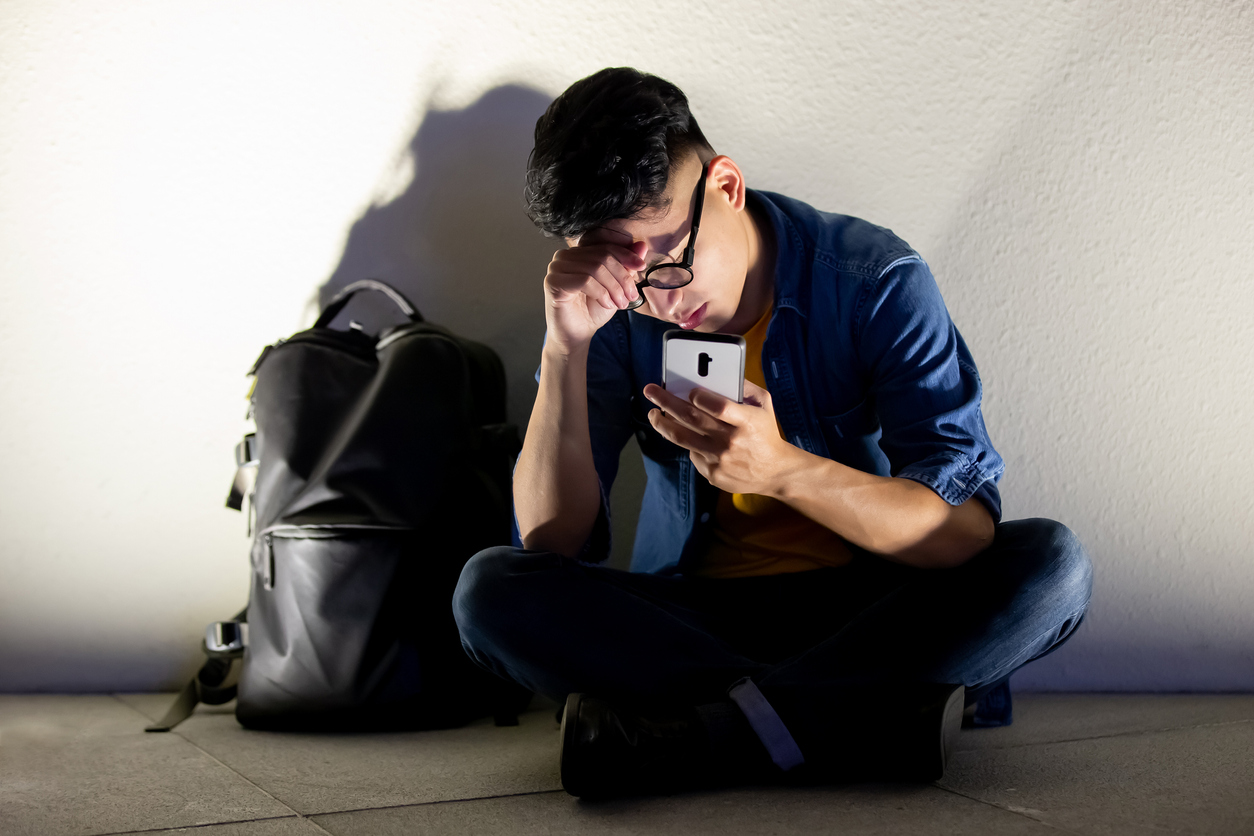 Teenagers and even preteens and kids spend lots of time on the internet and are connected to social media sites throughout their day. According to a report by CNN, the average teen spends nine hours per day online. While having access to all that the internet has to offer has many advantages, and social media helps people connect and stay in touch with each other, one major drawback to it all is cyberbullying.

Older people may not understand how much worse cyberbullying can be than the schoolyard bullying they may have experienced or witnessed. Most parents of teens know it exists but may not know exactly how it works and how it differs from in-person bullying. To understand more about the problem, let’s start by defining cyberbullying.

According to a U. S. nonprofit called The Cyberbullying Research Center, “Cyberbullying is “willful and repeated harm inflicted through the use of computers, cell phones, and other electronic devices.” The three main components are the willfulness, repetition, and the harmfulness of it.

If someone posts something they don't realize will hurt someone, that doesn't qualify. If there's only a single post or comment, that's not cyberbullying. No bullying exists if a series of statements doesn’t bother the subject or target of the comments. In other words, if the comments are meant as teasing or jokes, and no one takes anything seriously, it doesn't qualify. What does qualify is repeated, intentional attacks that do harm.

When bullying happens at school or on the playground, everyone there witnesses the event and knows who has done the bullying. However, on the internet, many more people are witnesses, and the bully can be anonymous. If the damaging posts "go viral," thousands may see them. It's hard enough when five or ten schoolmates see someone picked on. For someone whose personal information or embarrassing taunts have been seen by “everyone," the emotional trauma can be much worse.

The fact that the bully can’t be identified makes dealing with the emotional damage and fighting back much more difficult. For example, you might be able to partially discount or dismiss things said by an individual known to have emotional problems. Witnesses will think less about what that person says, too. Identifying a bully also means adults can step in.

The last difference concerns the victim’s inability to escape the taunting. At school or the mall, the person can walk away. Witnesses may continue to talk about the incident, and the victim will certainly relive the event, but the bullying only occurs when the bully and victim meet. With cyberbullying, there is no escape. Every time a bullied target opens a phone or computer, they see the negative information and all the comments people make on the subject. It all snowballs, and the damage increases exponentially.

Knowing what cyberbullying is and understanding how devastating it can be are only the first two lessons parents should learn. Parents must arm themselves with much more knowledge. The Cyberbullying Research article gives parents information about what to watch for and how to help their children if they are bullied.